The thermal insulation of ceilings has long been recognised as one of the most significant and cost effective means for improving the thermal performance of residential buildings. Such insulation has been demonstrated to:

Insulation fundamentally acts to reduce the rate of heat flow from areas of higher temperature (e.g. the heated interior of a dwelling) to areas of lower temperature. By limiting such heat flows, either out of a building in the winter or into the building in the summer it is possible to reduce the need for space conditioning as a means of maintaining acceptable internal comfort conditions for the dwellings occupants.

Ceiling insulation is particularly effective in limiting heat flow from inside a dwelling to outside, as natural convective currents mean that the highest internal temperatures are at the ceiling. Furthermore, because roof spaces can become exceedingly hot in the summer, ceiling insulation is also effective in limiting heat flow from the roof space down into the dwelling.

Whilst it is true that wall and to a lesser extent floor insulation will also have a beneficial effect on heat flows into and out of the dwelling, ceiling insulation typically offers the greatest benefit for the least cost. This is in part a result of the fact that the retrofitting of ceiling insulation to a ceiling space is typically a simpler and therefore cheaper process (particularly in the case of the most common form of roof the attic style roof) than is the case for either wall or floor insulation retrofit.

Benefits to the Householder 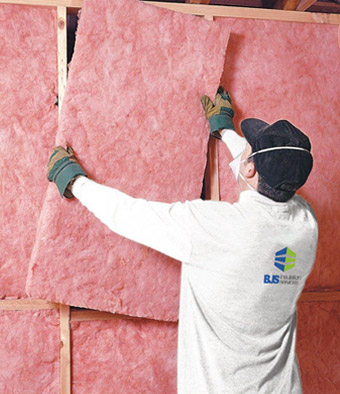